For the second year in a row, the Alliance for Community Media (ACM), the national organization that represents public, educational and government access programming both nationally and internationally, has selected Elk Grove’s very own Elk Grove Television (EGTV) as the winner of its Hometown Video Awards Overall Excellence in Governmental Access Award for 2019! This honor is awarded to the best Government Access station in the nation, based on budget ranges—EGTV won the award for the budget range of $300,000-$650,000.

This is the fourth time that EGTV has received this award, having previously be honored in 2006, 2011 and 2017. The award was presented at the ACM International Conference and Trade Show at the Hometown Video Awards Ceremony to be held at the Portland Downtown Hilton in Portland, OR on Thursday, July 11, 2019.

The Hometown Video Awards is the nation’s premier video competition for public, educational and government access television stations. EGTV Channel 6’s entry contained clips from many of its regular programming including Inside the Village, On Duty, and Strictly Business, coverage of the Elk Grove High School Commencement, public service announcements, sports coverage and other EGTV programming.

Elk Grove Village Mayor Craig Johnson and the Board of Trustees recognized EGTV staff members for their achievement in winning the prestigious Overall Excellence in Government Access Award at the Village Board meeting on October 8, 2019.

A list of the winners can be viewed at www.allcommunitymedia.org 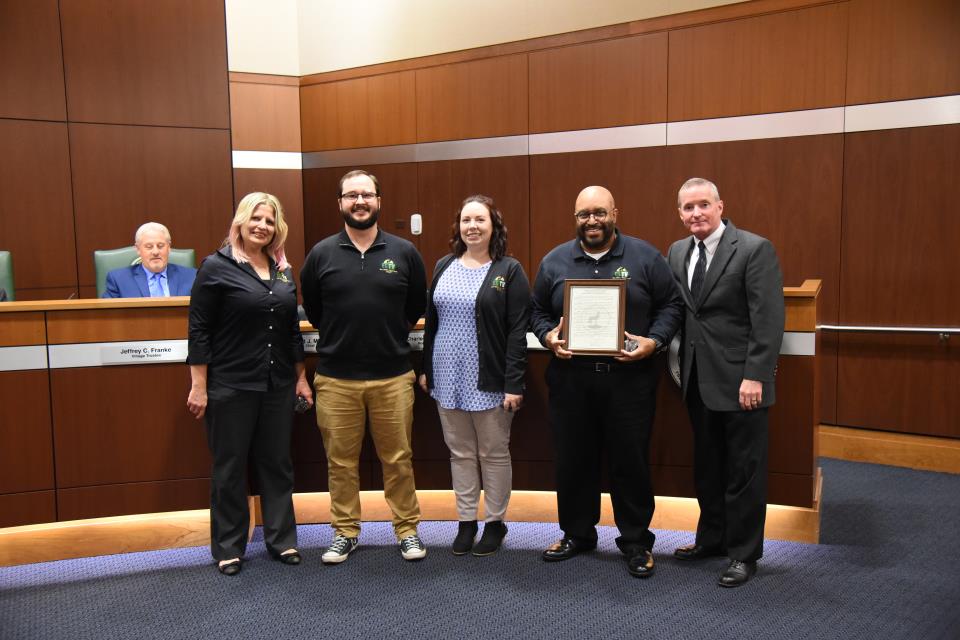